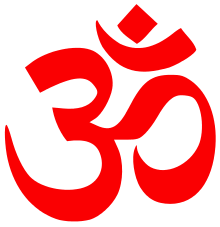 As some of you know (thank you to all my former, present and future students) I have been practicing yoga for a long while.  I took my first class at Rancho la Puerta in 1983.  It was taught by my least favorite teacher I have ever had and I still found something there that made me want to learn more about it.  I started studying and reading about philosophy and practiced sporadically.  There were not yoga studios on every corner at that time.  I didn’t have any friends interested and somehow it gave me comfort to read about yogis in India and the Eight Limbs of Yoga.  During this time, I had 4 kids in 5 1/2 years, changed a ton of diapers, chased 3 wild boys around, worried about my sweet daughter who was so quiet and not at all insane like her 3 brothers.  I did videos at home- Jane Fonda and White Lotus Flow Series.  I also did Ali McGraw’s video and they were so hard!  I met an amazing teacher at Rancho la Puerta in the late 80’s-Aadil Palkhivala.  He is such a fabulous teacher and so kind and interesting and scary all in one!  I studied with him for a few years one week at a time and took his beginning teacher training in 1998.  This is what Yoga Journal says about him- ”

For nearly 30 years, Aadil Palkhivala has had the reputation of a “teacher of teachers.” Palkhivala began the study of yoga with B.K.S. Iyengar at the age of 7 and was introduced to the Integral Yoga of Sri Aurobindo at the age of 10. When Palkhivala was 20, he embarked on his first teaching tour of Europe and North America. Two years later, Iyengar awarded him the Advanced Yoga Teacher’s Certificate. Palkhivala and his wife, Savitri, are the founders and directors of internationally renowned Alive and Shine Center and Purna Yoga College, both in Bellevue, Washington. Constantly educating himself in his passion for teaching the “whole yoga,” he is the author of the book Fire of Love. He has studied holistic healing and Ayurveda extensively. He holds degrees in law, physics, and mathematics, is a professional speaker and co-hosted the Alive and Shine Radio Show with Savitri. Today, he is considered one of the finest yoga teachers on earth.

I was not ready to be a teacher at that time but I learned so much from him and I am so grateful to have had Iyengar training in my background.   I also loved Vinyasa Flow but thought I would never be able to do it!  Ten years later I was again lucky to be called to go to White Lotus Foundation and spend many weeks over 10 years earning my E-RYT 500 teacher certification at the gorgeous Santa Barbara facility.

Tracey and Ganga have created the most wonderful yoga wonderland-

Ganga White is the founder of the White Lotus Foundation and is recognized as an outstanding teacher and exponent of Yoga. He has been called one of the “architects of American yoga” and a “pioneer of yoga” by the Yoga Journal. Since 1967 he has made many valuable and enduring contributions to his field. Ganga is one of the early developers of Flow Yoga, creator of Partner Yoga in the 1970’s, and with his wife Tracey Rich, released the #1 internationally best selling Total Yoga videos–with sales over 1.8 million.

I could finally do the Vinyasa Flow that was so hard 25 years earlier!   I have met the most amazing people there and Tracey Rich, Ganga White, Kent Bond, and Sven Holcombe are truly magical teachers.  I have taken Thai massage there with Phoebe Diftler; Therapeutic Yoga with Cheri Clampett and Arturo Peal.  So many wonderful teachers and classes.  I have continued to study at too many workshops to mention and I have learned from every teacher.  I melded both disciplines together, Iyengar and vinyasa to teach an alignment based flow.  I have taught alignment, flow, and restorative over the last 11 years.

I took a sabbatical from teaching to focus on being a student and to have a total knee replacement.  I injured my knee playing soccer 20 years ago and have had many surgeries on it since.  It has been fun focusing on being a student.  It is hard to quiet my “teachers brain” while practicing.  I am always thinking what I like and don’t like about a fellow teachers style of teaching.  Even the classes that I have not enjoyed have taught me what I would like to focus on when teaching.  I am ready to start teaching again and I have a new understanding of body limitations- my knee will never be as it was so now I embrace modifications that allow me to benefit from my poses.  Of course, I taught modifications and understood them in a “book sense” but now I understand on a personal level what it is like to work with the body you have in this moment.

Yoga continues to teach me on and off the mat. There is continued need for personal transformation for myself and the world and yoga feeds that for me.  In these trying times, I find my yoga community invaluable.  Please join me!

I have been collecting my yoga library for over 30 years!  So many amazing books to explore-

Here are a few of my favorite books to check out:

The Biology of Belief by Bruce Lipton  (not really a book about yoga but fascinating!)

The Wisdom of Yoga by Stephen Cope

Yoga and the Quest for True Self by Stephen Cope

Yoga beyond belief: Insights to Awaken and Deepen your Practice by Ganga White

The Healing Path of Yoga by Nischala Joy Devi

The Heart of Yoga by TKV Desikachar

The following is a poem by Ganga White that I absolutely LOVE!

What If:  By Ganga White

What if religion was each other?

If our practice was our life?

What if the temple was the earth?

If forests were our church?

What if meditation was our relationships?

If the teacher was life?

If love was the center of our being?

One Reply to “Yoga”